My new book Le Crowbar is now out

‘…and with just a flyer from Steve Bedlam, stating “Hostomice, It’s Out There… The Tekno Travellers’ Holiday Destination Of The Year” as directions, we head off to Europe.’

In 1995 Tom Hunter set off from a squatted street in Hackney with a group of friends in an old double decker bus, loaded with muesli, Sosmix, baby-foot table and a sound system. Fuelled by selling egg butties, veggie burgers and beer, their journey took them through folk festivals in France, teknivals in Czech Republic, hippie gatherings in Austria and beach parties in Spain. Le Crowbar Café became an oasis for a nomadic party community hungry for all night food and a break from hardcore techno.

‘Le Crowbar’ paints a vivid picture of friends on a journey, exploring new horizons and ways of living on the road, in the wake of the introduction of the Criminal Justice and Public Order Act 1994. 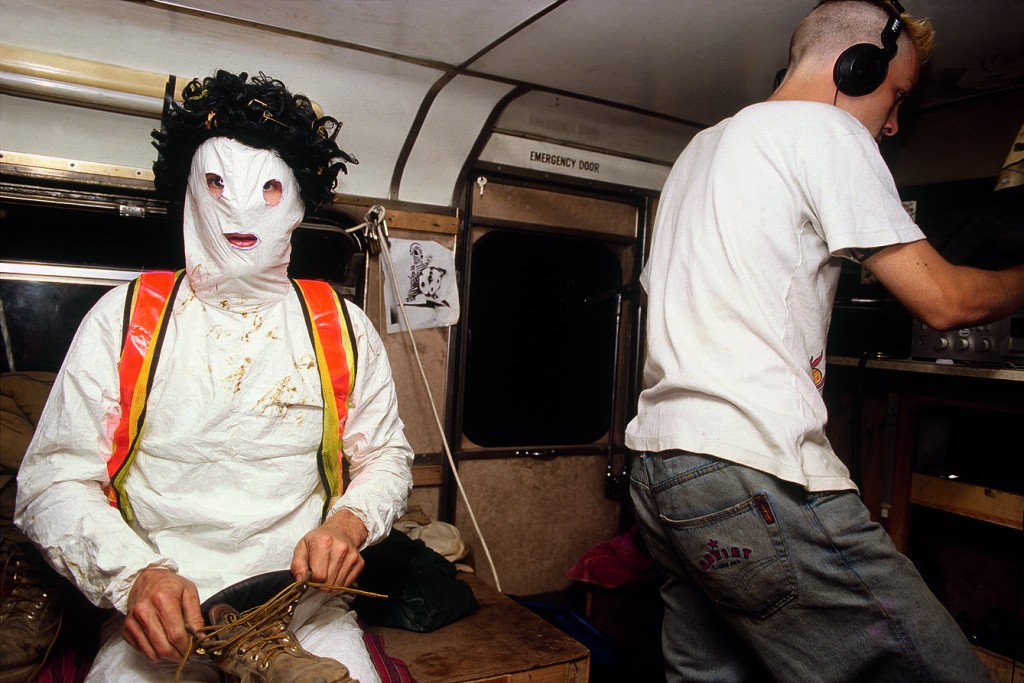