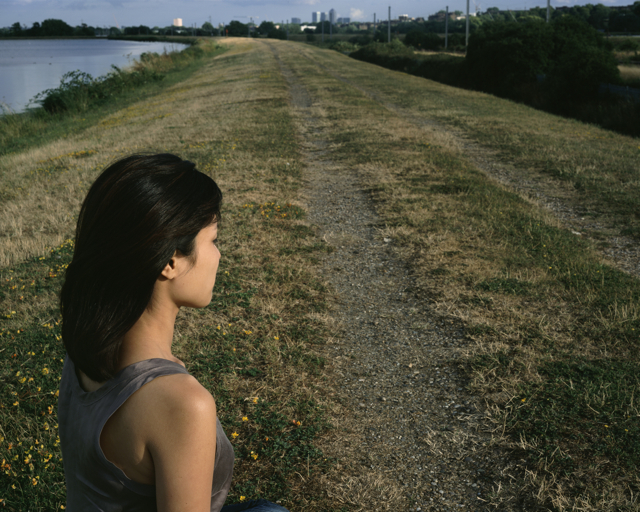 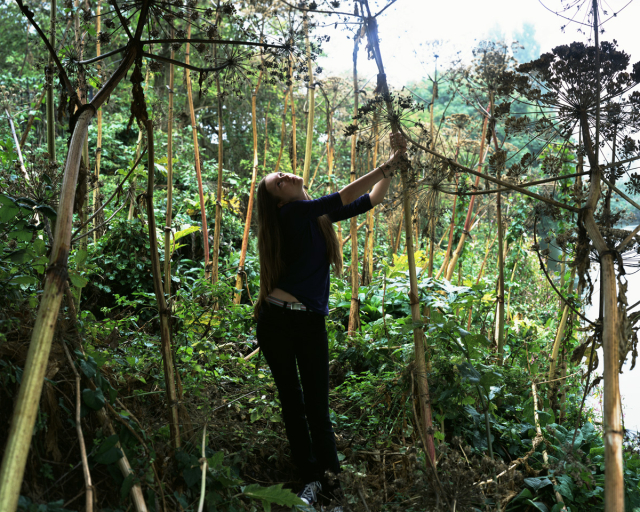 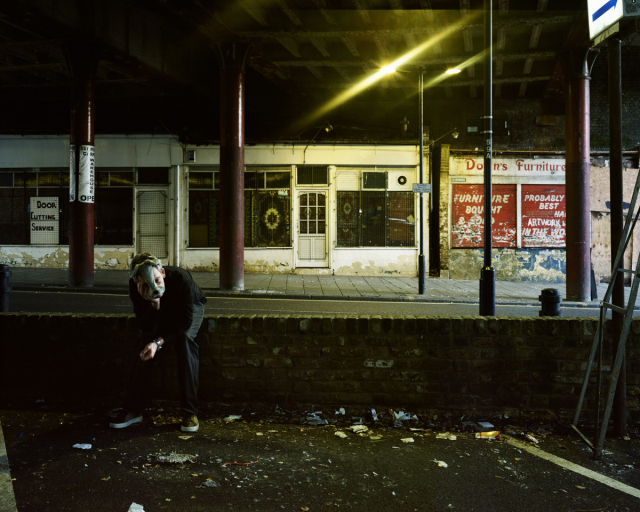 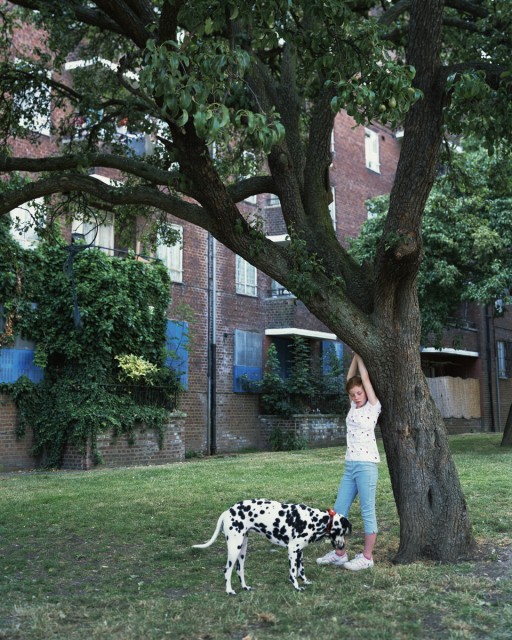 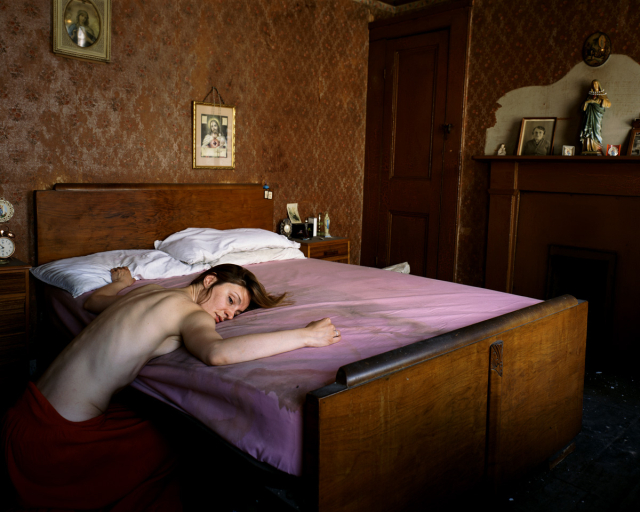 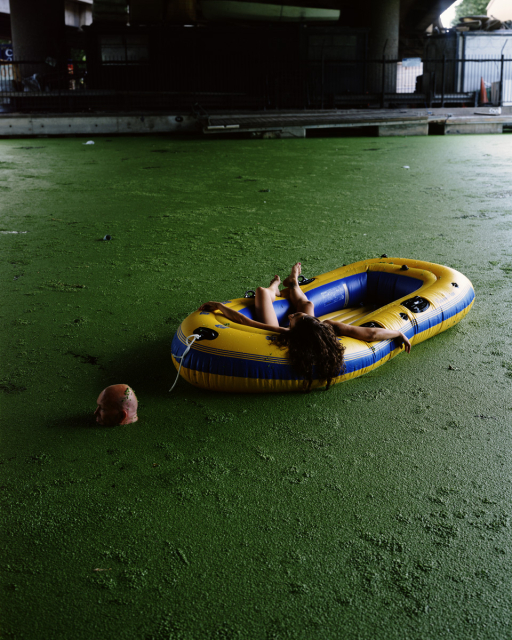 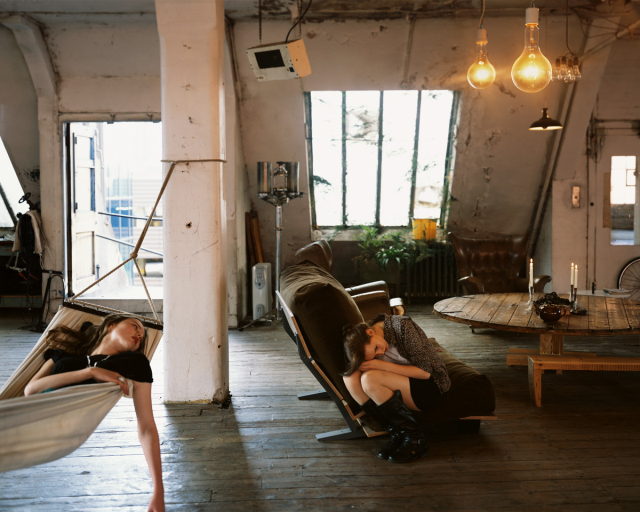 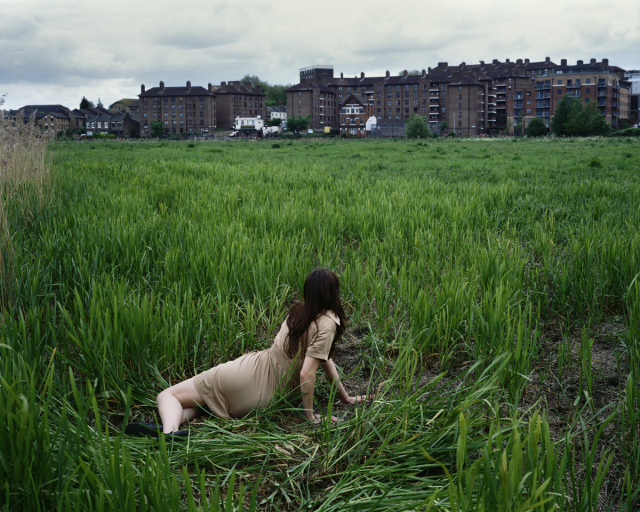 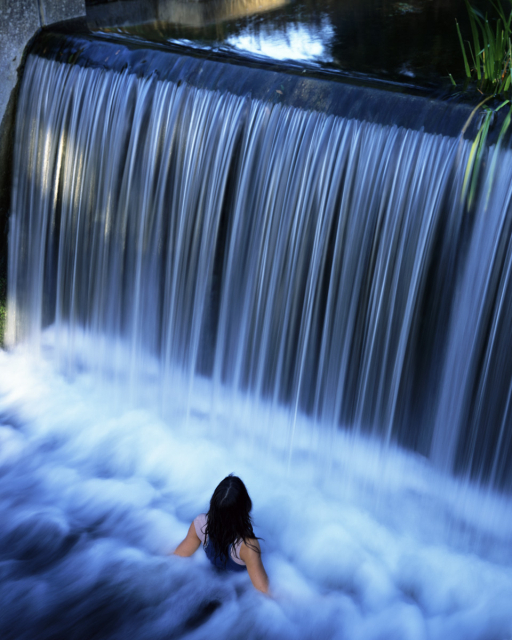 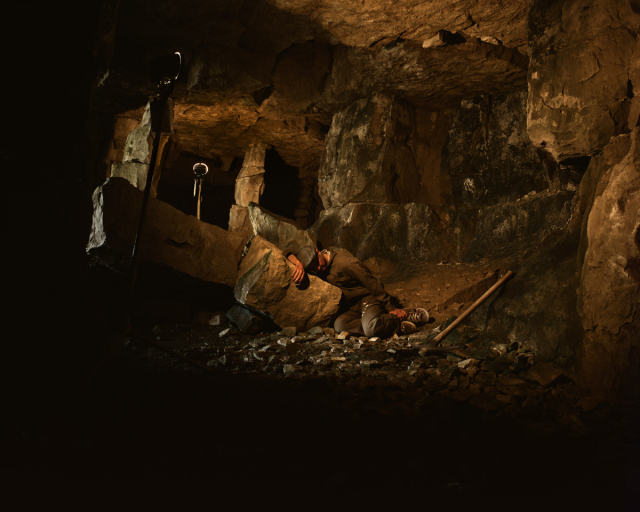 Thomas “Tip” O’Neill, a now deceased American politician, was fond of saying, “All politics is local.” The globalisation expressed in our moment of late Capitalism has changed nothing of this. The sources and inspiration for Tom Hunter’s new series of photographs are located in his own time, place and neighbourhood. This is Hackney in East London. The photographs he produces are a product of his experience of the world and they should not be seen or even appreciated – for all the grandeur of their art historical references to painting’s rich past – as independent of those social forces. The place and moment in which these photographs were conceived and made belong to Hunter but we are each part of this context as well.

For twenty years Tom Hunter has explored history, place and alternative ways of living in and occupying the urban environment. Continuing that project, his new series of ten paired pictures explore the small everyday stories that arrive without fanfare. Delivered as unannounced oral histories, such stories shape the social fabric of a community and lend colour to a locality. These allegorical reconstructions of stories, memories and myths map an urban psychogeography that encompasses experiences imaginatively scaled to the type of epic adventures that perhaps can only ever take place close to home. In these pictures the bounds of a London borough offer up a whole wider world and evoke images of lofty heavens, subterranean hells, verdant jungle, continental plains, mighty rivers and their attendant falls along the banks of the river Lea.

The restaging of historical painterly tableaux in a contemporary setting for which Hunter is perhaps best known is treated in these new works with a precise and focused attention to fragments or details of paintings containing an evocative gesture or specific painterly handling of the human form. Drawing from works by artists as diverse as Eugène Delacroix and Andrew Wyeth, Hunter’s focus is on the body as a vessel for and of storytelling. In Death of Colotti, 2009, he draws on Delacroix’s mammoth tableaux Death of Sardanapalus, 1827 and reconfigures the lineaments in the depiction of an epic mythical tale to tell a story heard about the passing of an Italian immigrant grandmother who had founded a café on Amhurst Road. Hunter isolates the figure and form of a woman who has thrown herself onto Sardanapalus’ bed; her plaintive gesture, tousled hair and the colour of the bedspread is mirrored in the contemporary frame. Hunter’s photographs yield details of their own and the bedroom is marked by the faith and image of one who has passed. This left panel joins with a right structured entirely differently, though complementary in every case. The right panel of Death of Colotti shows the interior of a chapel, which so happens to belong to St. Joseph’s Hospice on Mare Street in central Hackney. The uncanny stillness of each right panel to these ten diptychs owes something to the fact that Tom Hunter has shot these interiors using a pinhole camera fixed with a 5×4 back. The interior location shots represent the social staging, or setting – importantly without the players – against which is pinned the scenario set in the right panel.

In Anchor and Hope, 2009, the recognisable structure of Andrew Wyeth’s Christina’s World, 1948 yields up a memory of pitched battles with the council as squatters organized an autonomous and collectively self-supporting community in a Clapton estate bordering Springfield Park. As in many of these works, the action rises from the interstices between nature and the city. The right panel expressly offers the social stage from which the local culture and ordinary entertainments spring. One of the borough’s great eccentrics is memorialised in Mole Man, 2010 caressing the Irish immigrant figure of William Lyttle who spent forty years tunnelling beneath his home on Mortimer Road from a detail of Giordano’s Fall of the Rebel Angels, 1666. His was an ordinary life filled with ordinary labour for his kind and still he lived and laboured with invention and creativity. The subterranean panel is matched to a glowing pinhole image of Stoke Newington Town Hall laid out and ready for a tea dance in another age.

Politics are expressed through actions, hopes and desires that serve as a ground against which lives are positioned, located and lived at a collective, communitarian and individual level. We are linked as subjects by the forces and relations that organise and define the shape, tone, but so too the hopes and aspirations that comprise the place where we live. We constitute that place more so than the ground beneath our feet. Our stories recount adventures often close to home that bear the greatest impact on the shape of our lives and communities. All borders and boundaries are elastic and permeable. Think of your own position, place and moment. Then consider what you might do in and within to make something better, other or what has yet to come and be for yourself and others. For all the massive global, corporate, party political and economic forces that knock us each around and off kilter, we do well to remind each other that we are the actors and agents here. The stage on which we move begins already before but is as near as your own front door. And what lies beyond can be made and reshaped as never before. This is the subject of Tom Hunter’s art.