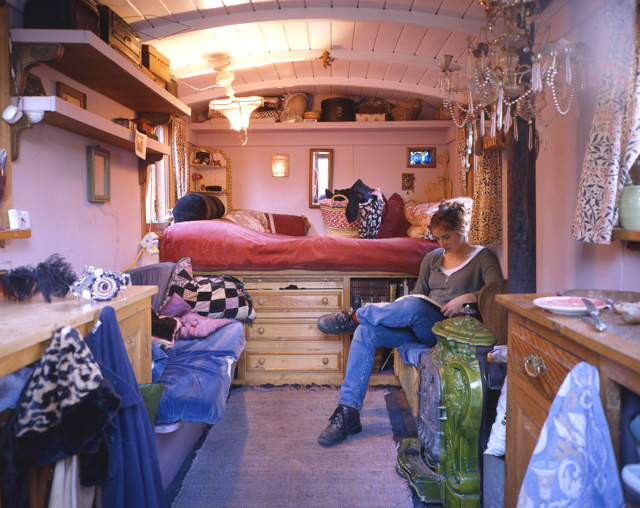 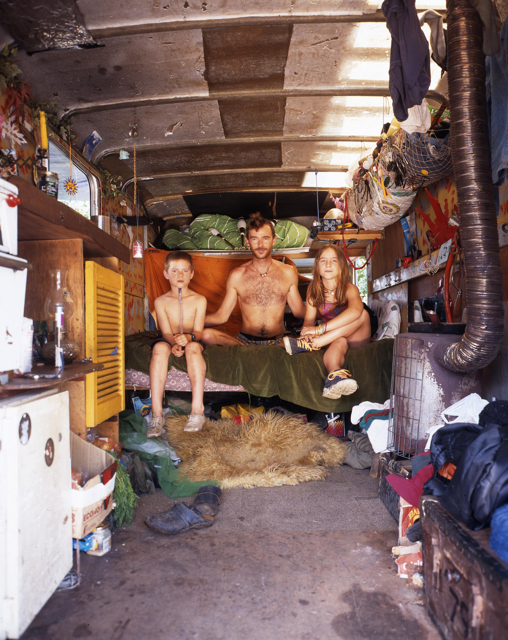 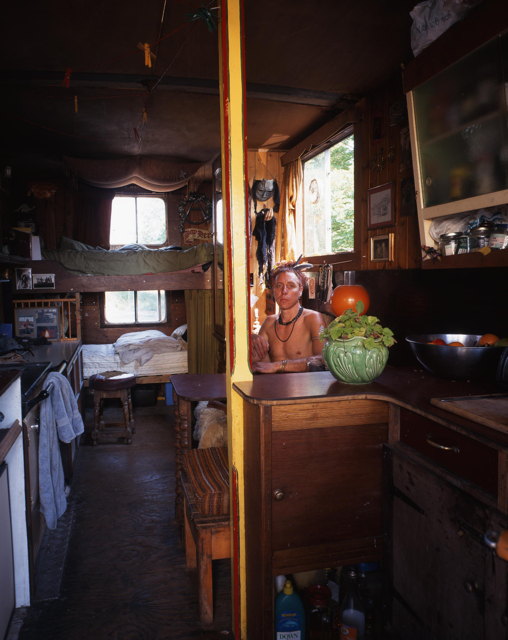 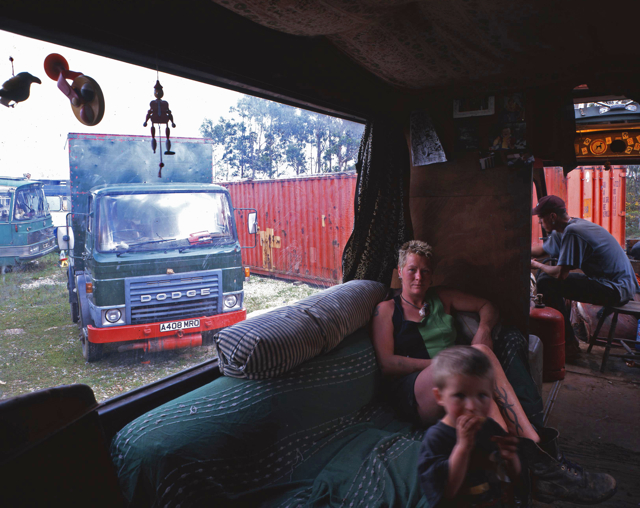 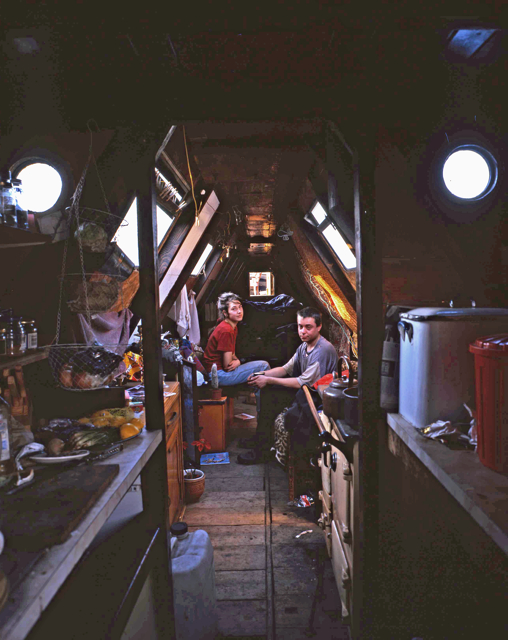 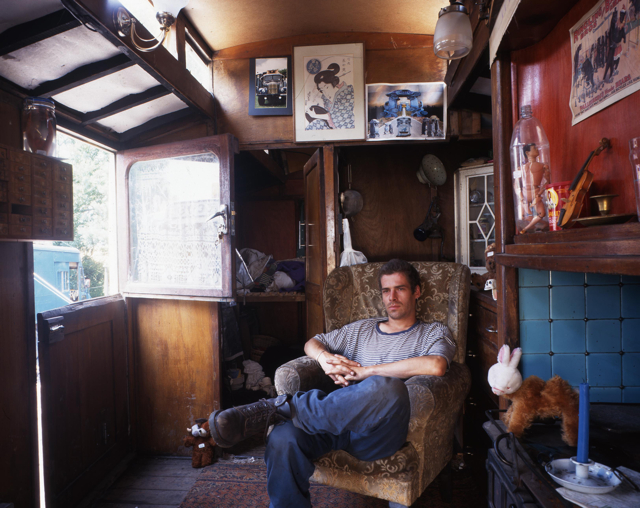 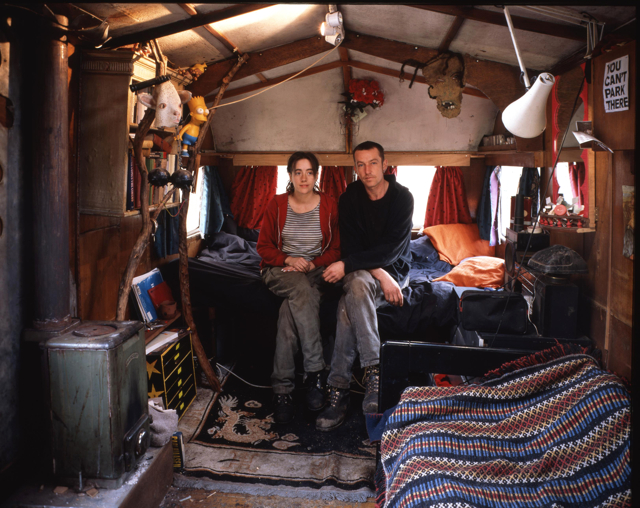 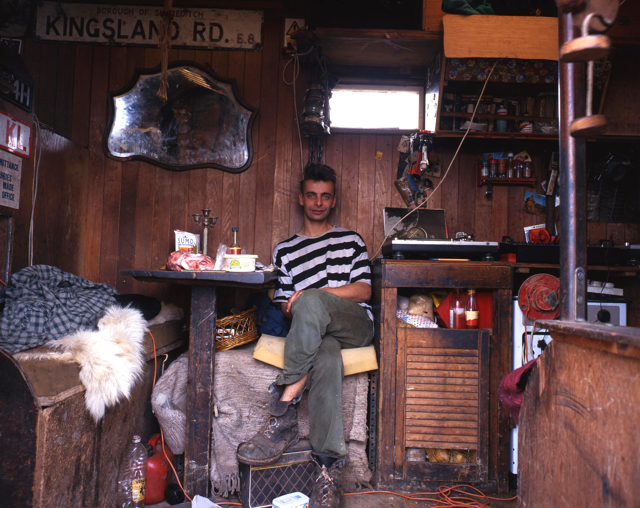 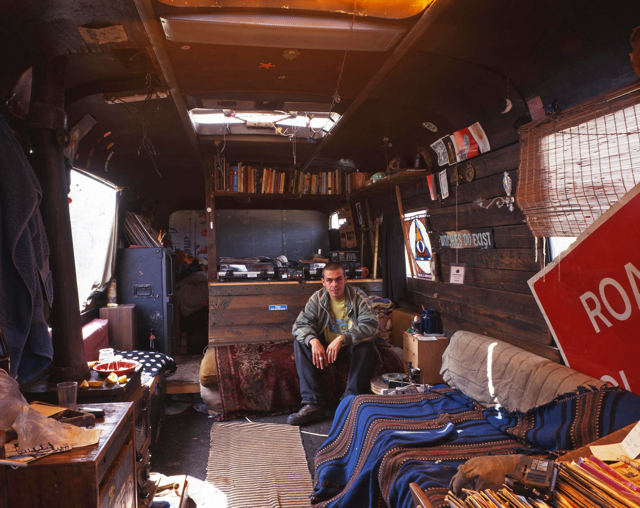 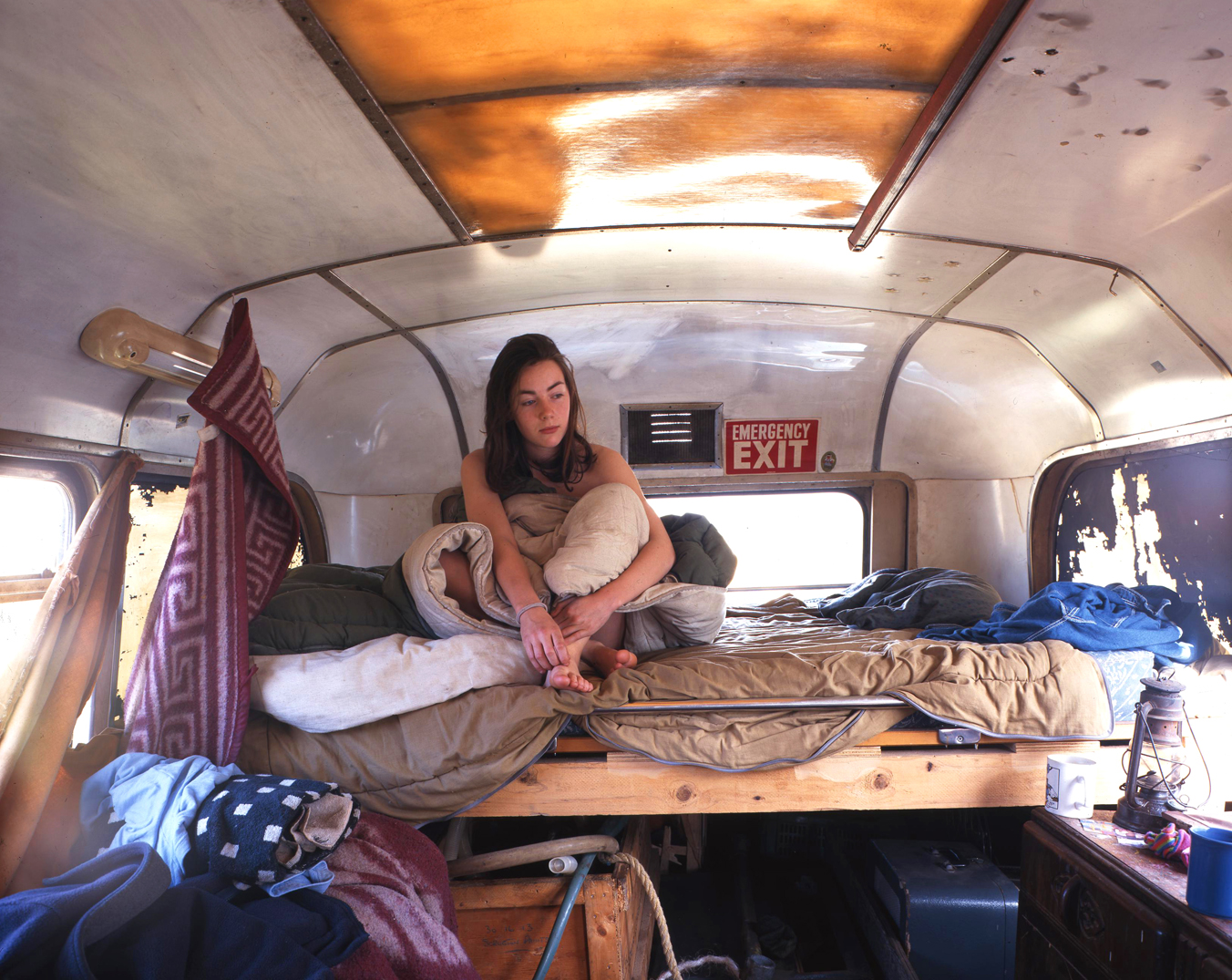 The Travellers series was taken over a two-year period in which time I was living and travelling in Double Decker bus I had bought with a friend. During this time we travelled in Europe from Portugal in the West to The Czech Republic in the East. At this time there was an underground techno sound system movement travelling in Europe putting on free parties and festivals.

The pictures I took during this period are of my friends and fellow travellers, in different parts of Europe as they travelled between festivals and raves. The spaces are their homes, vehicles recycled into new travelling homes, old lorries, buses and coaches. They were meant to be an antidote to all the very negative images that were being published in the press, who like the Government were very anti this D.I.Y. culture. The images in the press at that time were nearly always in black and white and very grainy, making the subjects into victims of society or criminals and other than the viewer.

My pictures are very colourful and try to show the humanity and the dignity of the subjects. By working with a large format camera and tripod, my subjects become collaborators in the artistic process. They had a say in the way they were viewed by the outside world, hopefully changing the way they are perceived in society.