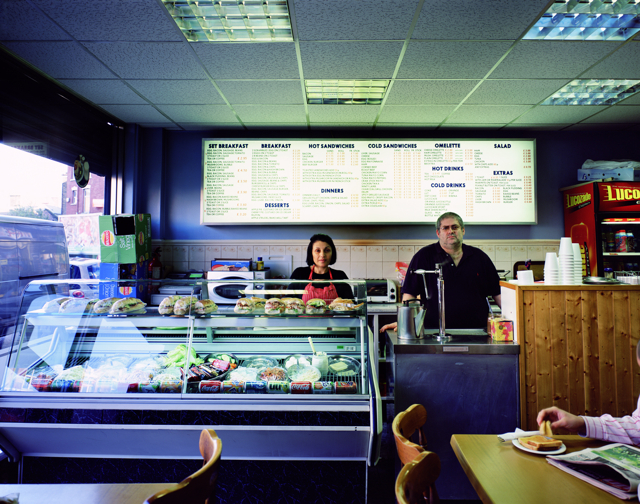 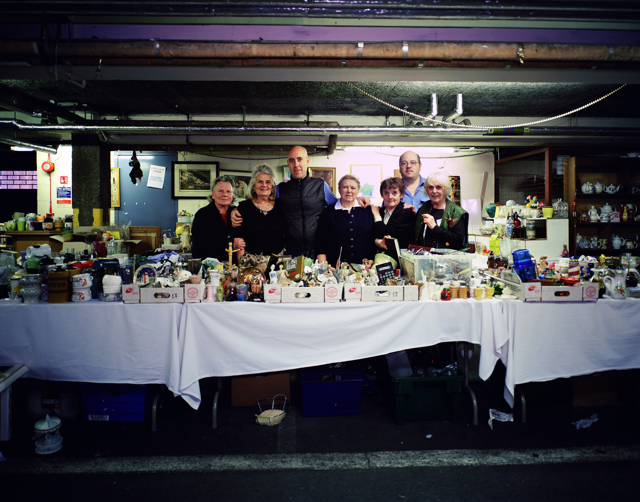 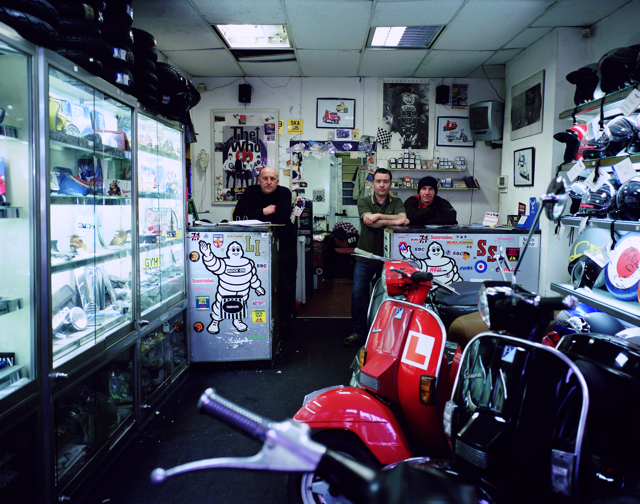 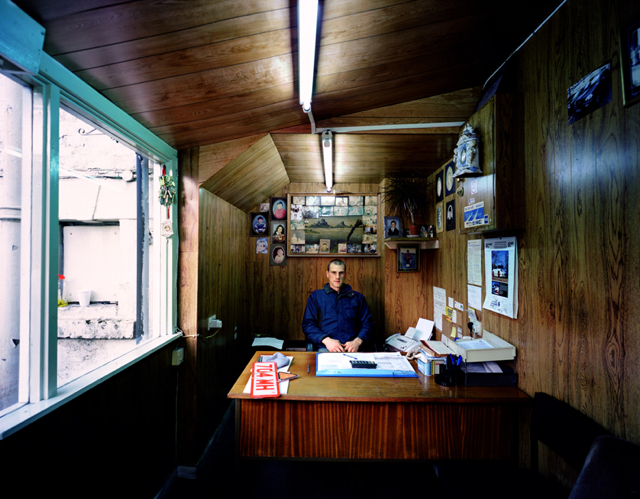 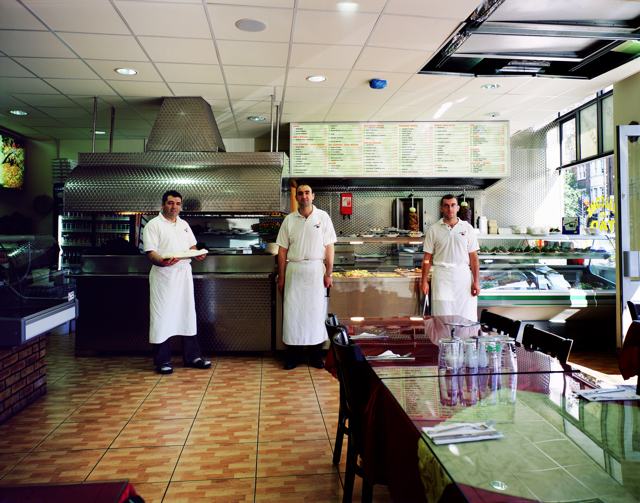 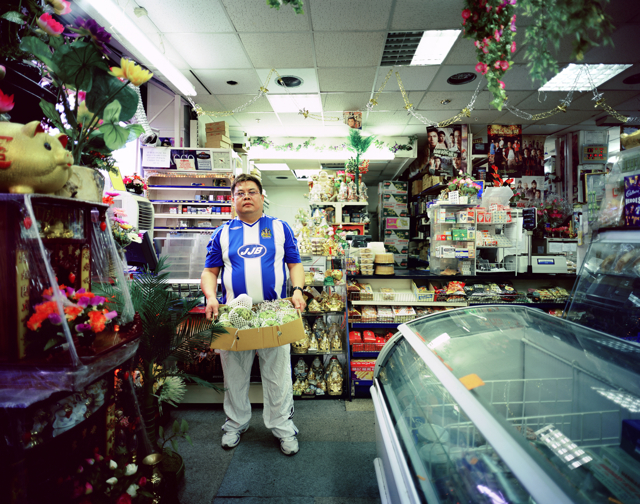 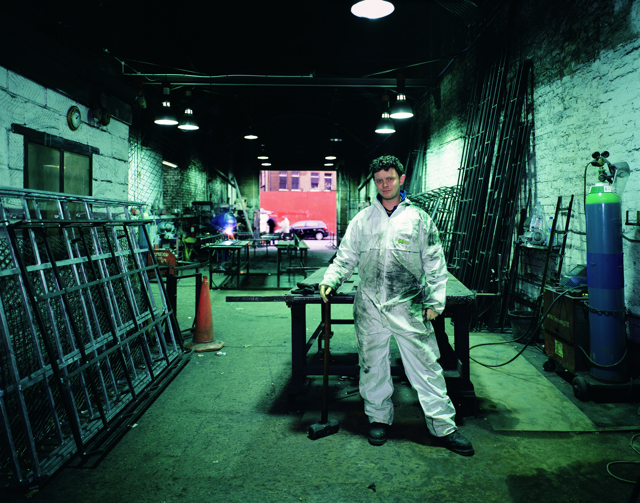 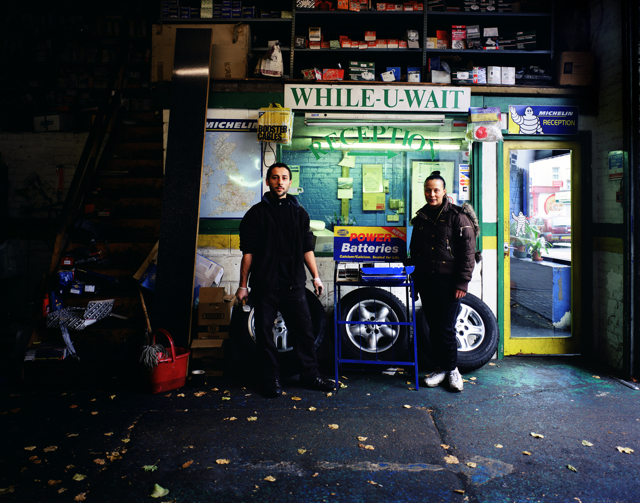 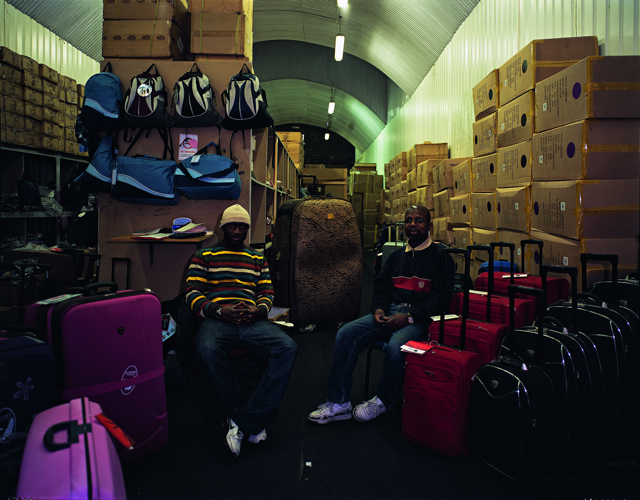 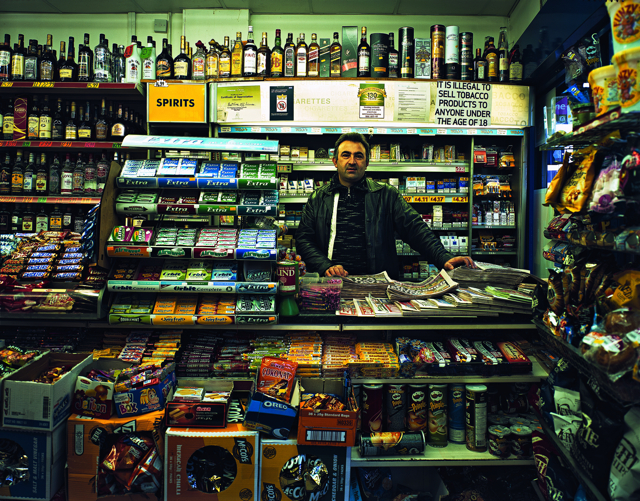 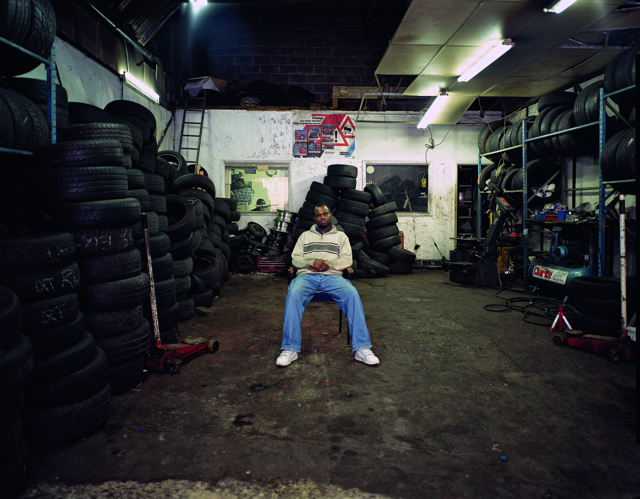 Are You Being Served?

EAST END BUSINESS : 2007-2008 A Commission by the Museum of Childhood, London

Tom Hunter’s photographs of shops in Hackney and Bethnal Green, east London, capture the diversity of contemporary everyday life in the capital. Shops could be said to define an area. They are not merely markers of the economic activity, they are also places which reflect the social and cultural needs, hopes, coherence, stability and change in a community. They are places where people exchange goods, money, conversation, ideas, fears and desires. As such shopkeepers might be seen as the cultural and economic core. As anthropologists have argued it is the dynamic relations between people and things (humans and non-humans) that enable social networks to function. So the shops are not simply about selling things, they all – whether the tattooist, the café or the car dealer – represent the needs, desires and aspirations of both the body and the imagination.

There is an anthropological quality to the photographs, not only through their literal detail, but in the ways in which they suggest the experience of a whole yet diverse community. Although objects, from food to motor scooters, fill many of the photographs, such as in the Vietnamese shop or the Turkish newsagents, the photographs are ultimately about people. It is they who occupy the centre of the frame and are the focus of our attention. The area has always attracted a diverse mixture of cultural and ethnic communities. There are layers of communities – the newly settled, those passing through, or those well-established. These are traced through the shops, their owners and their goods, each representing the extension of material sustainance in these culturally mixed communities, and pointing to a complex web of mutually resonating material desires. The photographs show us the everyday performances of such networks, made tangible in people, shops and things.

The photographs were inspired by a nineteenth-century model of a local a butcher’s shop in the Bethnal Green Museum. In this model, people of three generations stand proudly in front of their establishment, with their goods arrayed around them. In a similar fashion, Hunter’s subjects quietly present themselves to the camera, occasionally almost quizzically or sometimes with relaxed wry amusement. They are all dignified performances of selves. Again, like the butcher’s shop model, people are surrounded by objects which are neatly arranged and ordered to make them visible. Necessities and pleasures are arrayed, for instance, groups of bottles, chewing gum and crisps, mark out the spaces of the Turkish newsagent’s shop.

The dynamic circulation of objects represented by the shops is perhaps most clearly marked by the jumble stall in the underground car park of St Joseph’s hospice, run by nuns and volunteers. Here, objects which have been rejected, are recycled, given new life in new hands different hands, perhaps as people move on. This photograph also perhaps stands for the massing of people around objects, the volunteers stand behind the stall smiling in a group, physically linked together through hands on shoulders and overlapping bodies in social space. They are surrounded by things which have perhaps come though the routes of consumption which include the other shops or similar.

But the photographs also mark the entanglement in the wider world. Hunter plays on the layers of visibility, especially in the use of light and reflection to expand beyond the frame of the image itself, to suggest a beyond, for instance the reflections of shiny scooters, or polished tables. While concentration is on the shopkeepers themselves, their customers are occasionally visible at the edges of the frame. Indeed in the quiet calm of the photographs, there is always a sense of the anticipated customer, as the shopkeepers wait to serve them. Not only do the photographs refer to larger frames of desires in a consumerist society, however, but to their regulation: ‘ IT is illegal to sell tobacco products to anyone under the age of 18,”, Health and Safety notices, fire extinguishers and fire blankets lurk within the images, suggesting ways in which society is ordered and desires regulated.

The museum context of the photographs is also important. Photographs have always been used to ‘collect’ objects that cannot easily be collected for museums in other ways – such as shops. Photographs not only ‘people’ collections in museums, but they give cohesion to the array of objects collected by museums. Further, there is a long-recognised correlation between the way objects are ordered and displayed in both museums and the shops. They both arrange things in certain ways, present them to the eye, frame them in certain contexts. It is no accident that modern museums and department stores, those temples to the modern consumer, emerge from broadly the same historical moment. Photograph might be said to be part of this visibility because they mirror the shops in the ways in which they frame objects , also presenting them, or even perhaps performing them, to the eye.

Most important, the photographs are not merely about the surface appearance of shops. The photographs bring out the ways in which the different visual character of the shops – shining cars, puddles of oil, neat rows bottles, clean glass counters, formica tables and the seductive darkness of the tattoo parlours – make up the visual texture of an area and of a community. The photographs bring out, therefore, the feel of a place, its affective tone, for instance in the photograph of the Salvation Army café, in which a careful control of light from the food counter, and the reflections on the floor renders this not a bleak space but an enveloping human space. For what unites these photographs is a deep sense of human experience as the subjects present themselves to the camera, surrounded by the goods which furnish the desires and aspirations of a community and their own means of economic survival in delivering these needs.