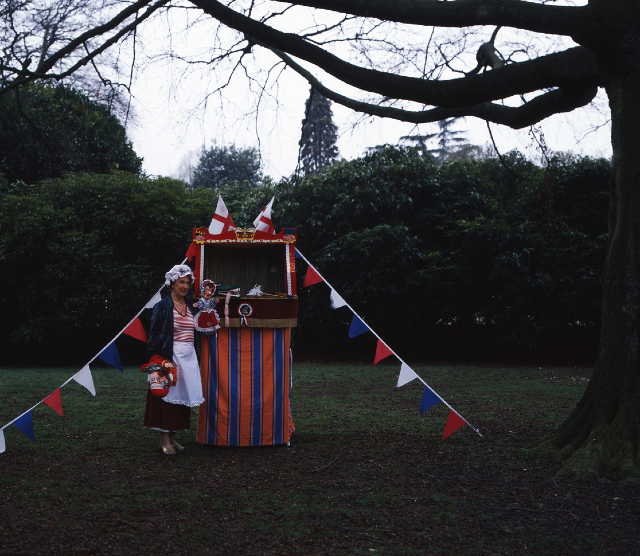 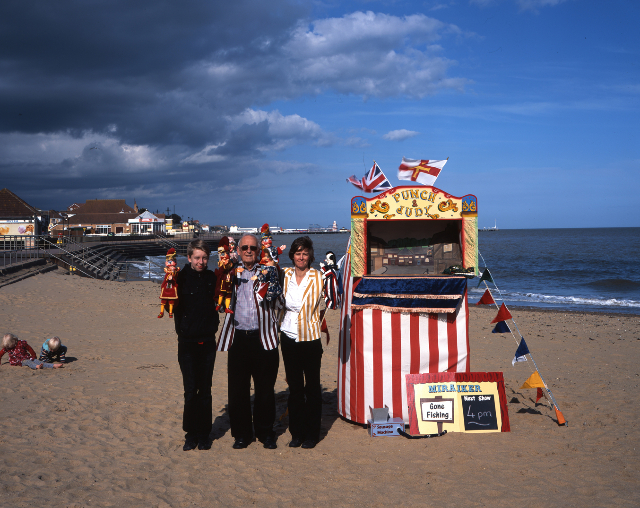 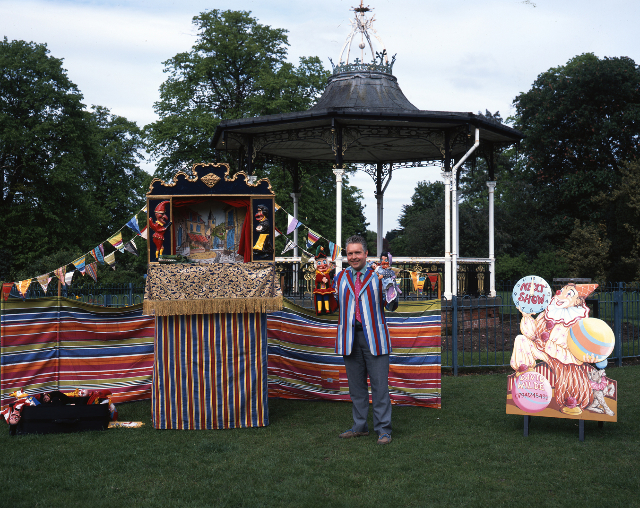 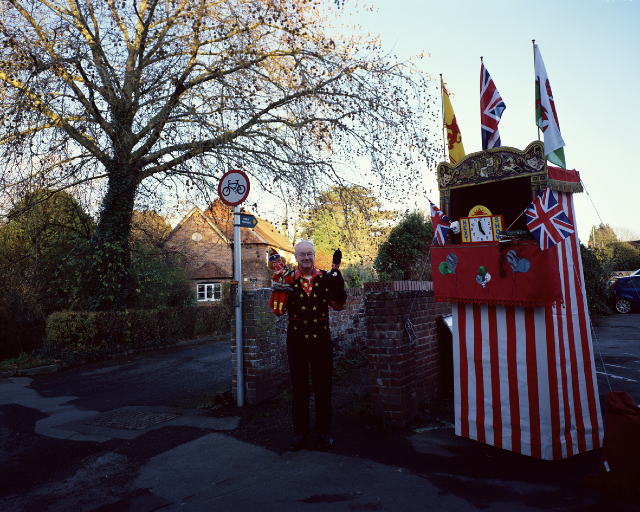 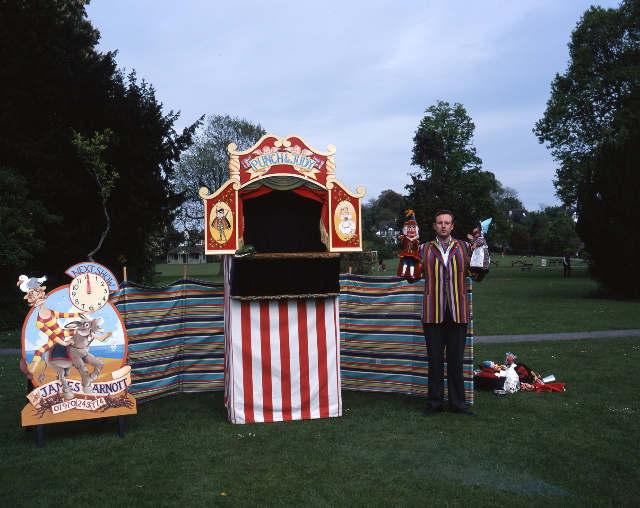 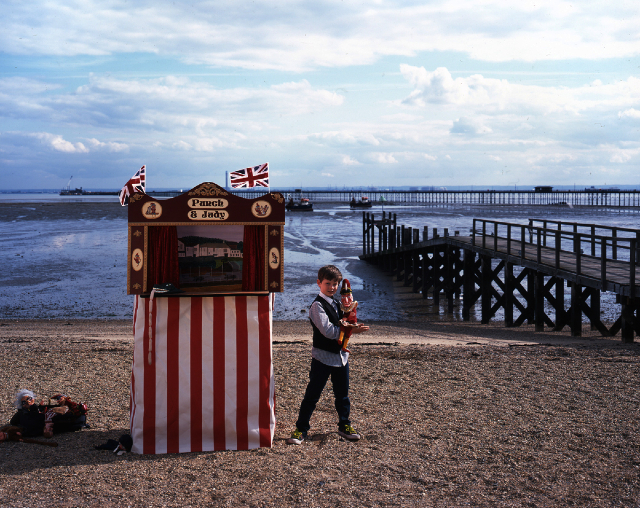 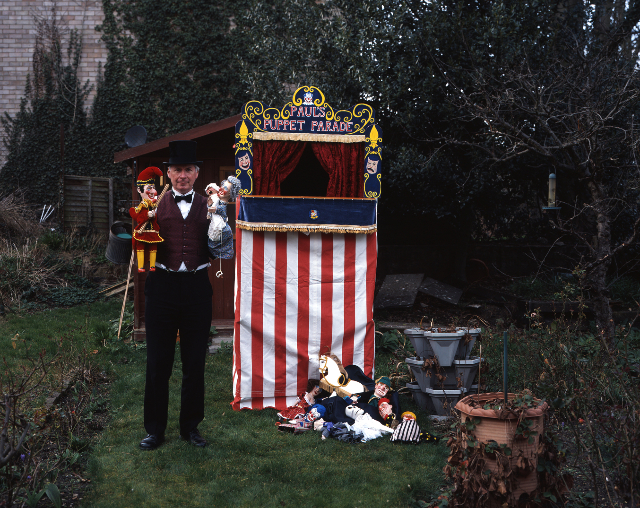 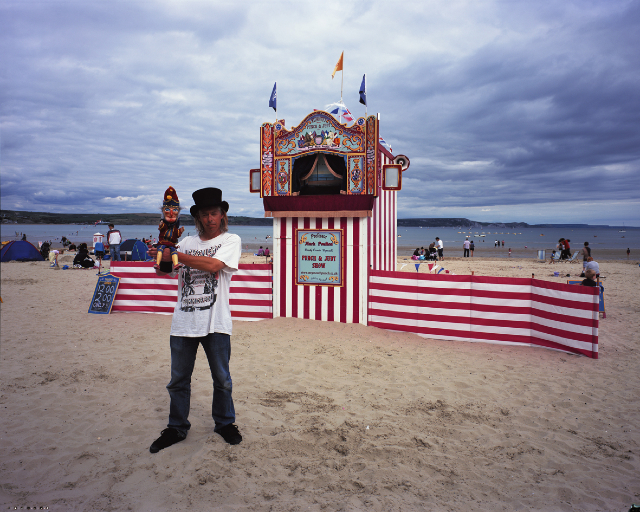 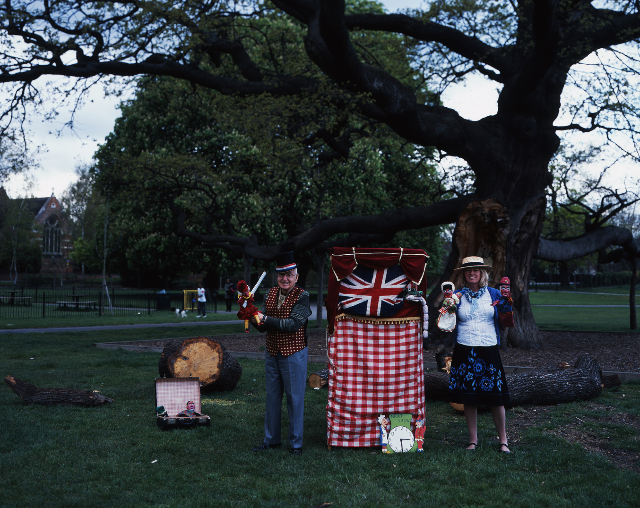 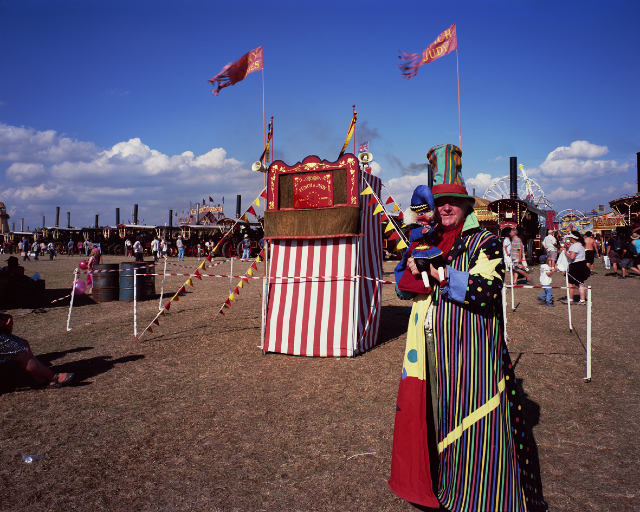 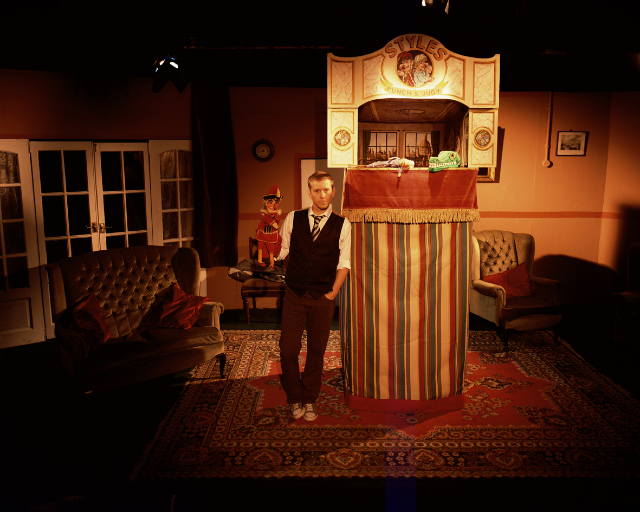 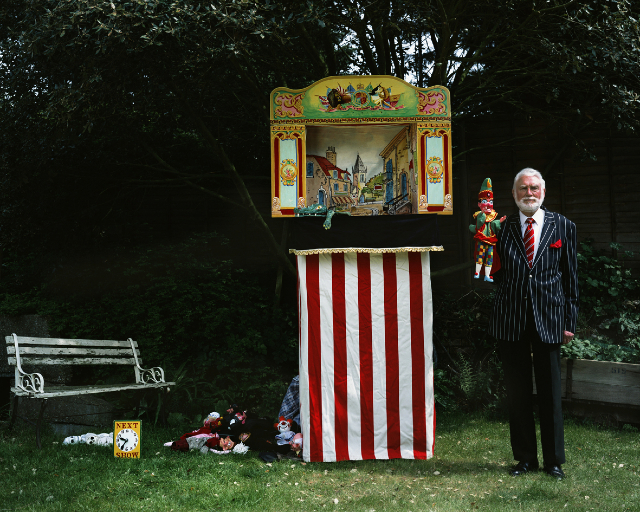 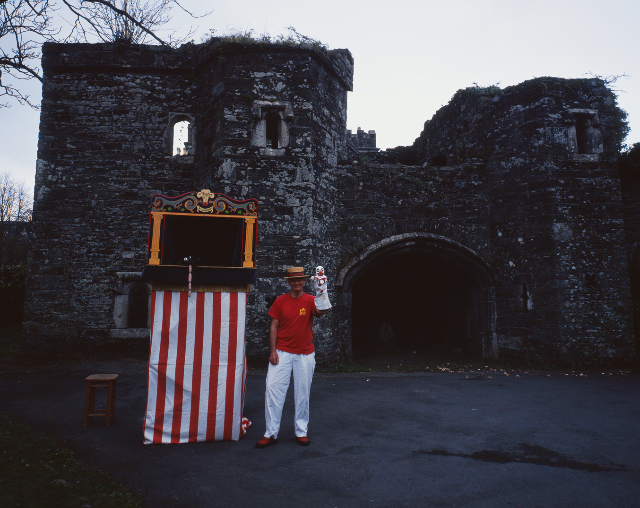 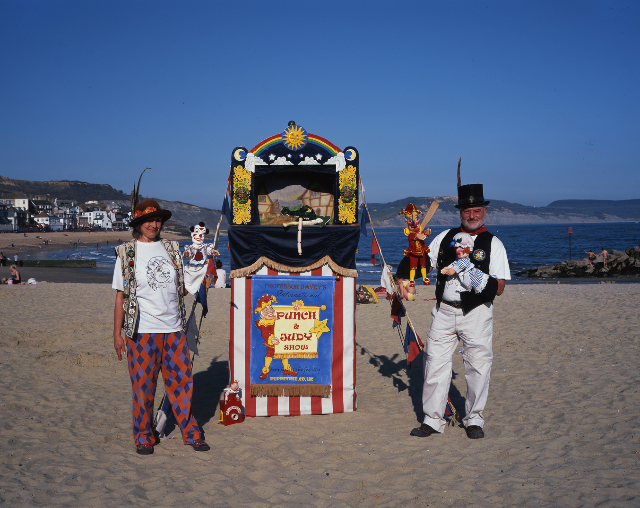 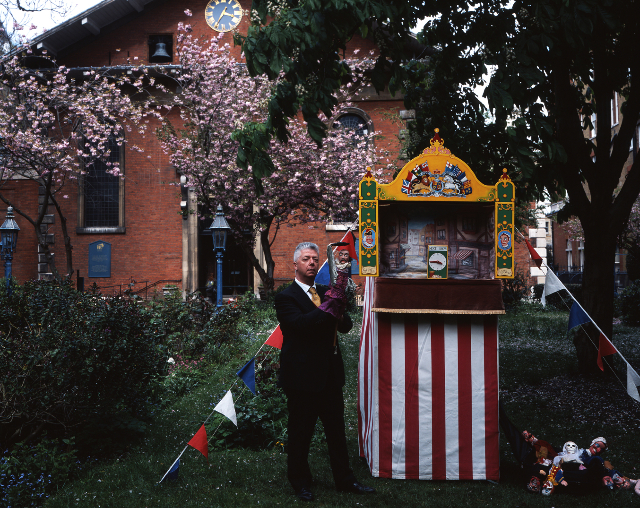 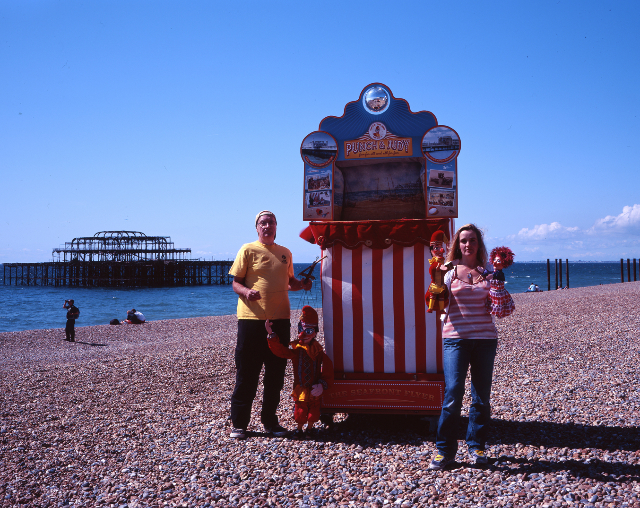 Punch and Judy, 2011-2012, Commission for the Victoria and Albert Museum of Childhood

The first recorded sighting in England of a Mr Punch puppet was made in 1662 in the diary of Samuel Pepys. As part of the Big Grin, a nationwide celebration of Mr Punch’s 350th birthday, That’s The Way To Do It! was a small display delving into his origins as the charismatic 16th century Italian puppet Pulcinella, looking at his influence on popular culture and his development into the comedian of the seaside booth we know today.

Punch Professors in England was an exhibition by Tom Hunter of some contemporary Punch practitioners, known since Victorian times as ‘Professors’, who for generations have brought the story of Punch and Judy to life with their wit and personality. Far from dying out, the tradition is alive, well and thriving.