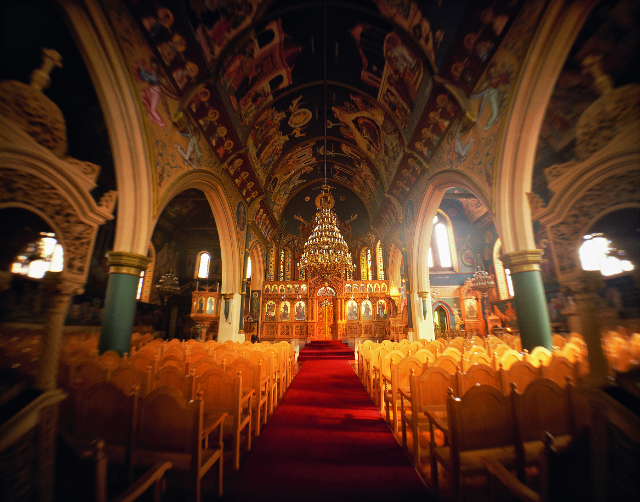 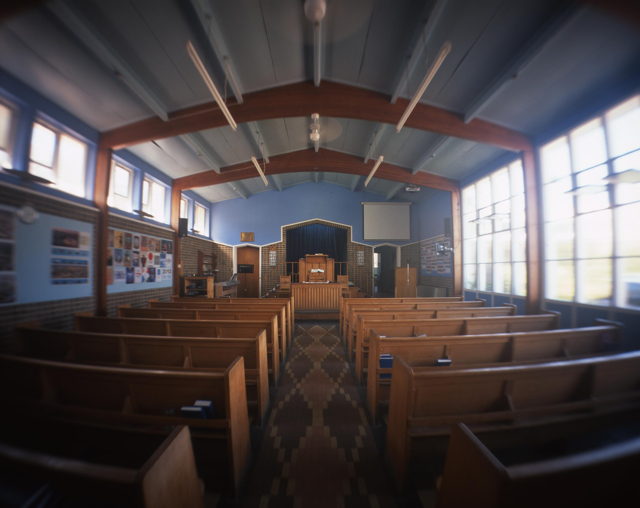 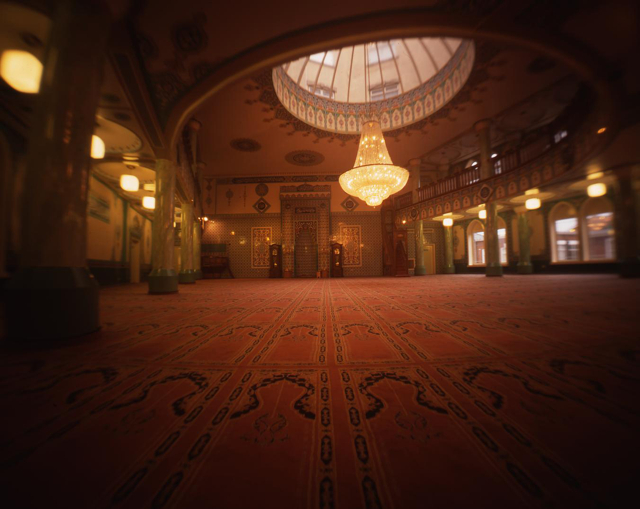 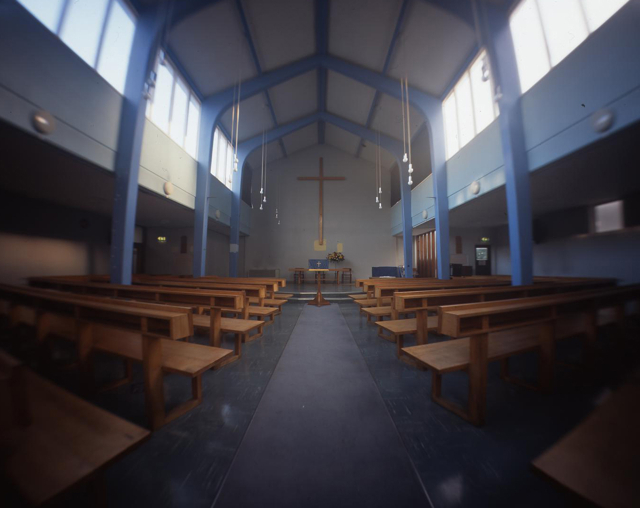 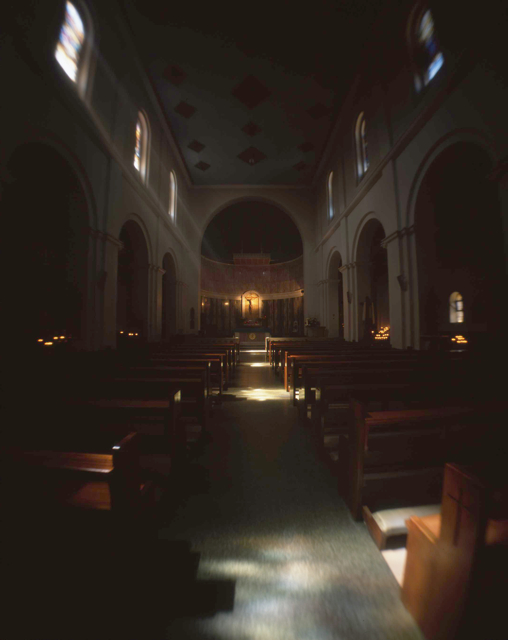 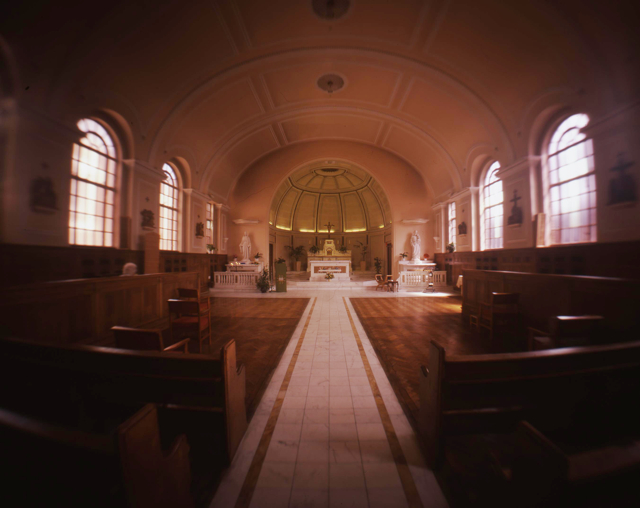 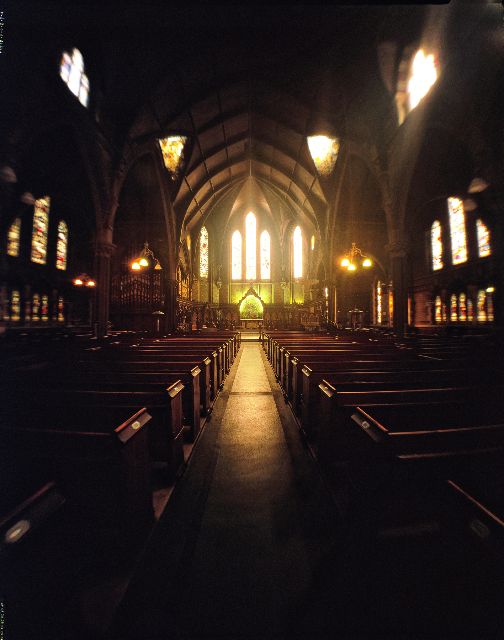 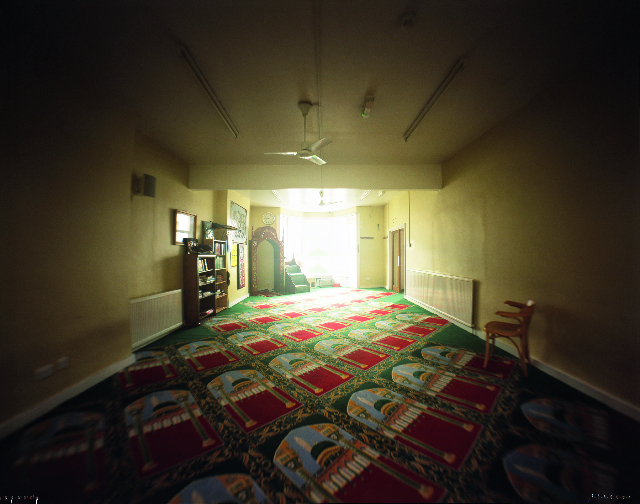 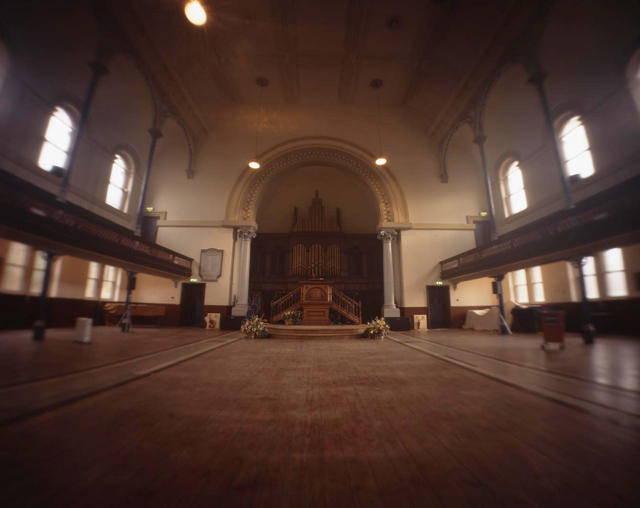 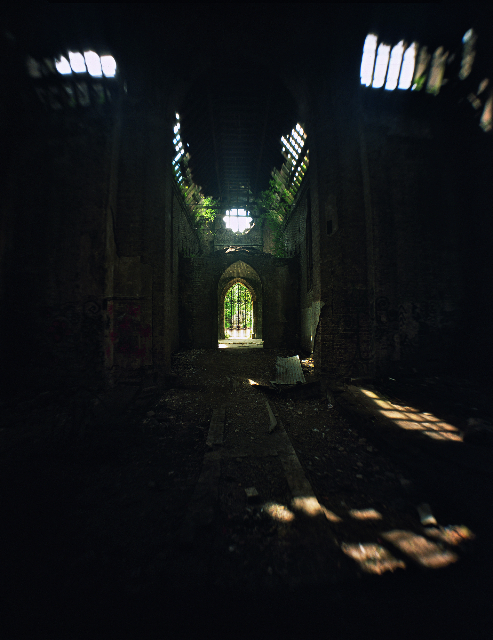 I need to believe: ‘Prayer Places’ by Tom Hunter.

The series featured on the following pages are recent photographs of churches by Tom Hunter – multi-dominational ‘Prayer Places’ all located in the London borough of Hackney where the artist lives, and the subject of much of his previous work. At first they seem to mark a point of departure in his oeuvre as a move away from a peopled physical world. Hunter became well known in the 1990s for photographs generally made in series, in which he used friends – often young and not mainstream, in compositions based on European Renaissance and Pre-Raphaelite painting referring both to specific artists and narratives; and importantly striving to translate a sumptuous density of colour pigment on canvas into the photographic image. These photographs are Earthly. Here the word evokes the inter-relatedness of the environment to the life that takes place within it. A resolute acceptance of the cycles and seasons of nature. Birth and death. Physical human situations, stories, people and places in-between. At the same time an important link to the artist’s current concerns is that they are meditative, so that from his earliest work and in this work too, Tom Hunter has sought to express and explore a self-reflection and quietness through which one might transcend the immediate realities, pressures and distractions of contemporary urban society.

The photographs are made with a pinhole camera. This is a square wooden box without a lens but with a small hole at one end which allows light to be channeled onto, in the case of this particular pinhole camera, a sheet of large format colour transparency film held at the back of the camera. Tom Hunter uses the positive to make prints.

Tom Hunter’s choice to make these photographs with a pinhole camera is critical. It has implications on various levels not only for the construction of the image but also the construction of meaning or interpretation around the image. The pinhole camera is an arcane technology. The most rudimentary of interventions with allusions to the pre and early history of photography and also the artistic ambitions of the Pictorialists. Its use by Hunter might be thought of as subversive in a contemporary era where photography no longer needs to prove itself an an art, an era dominated by digital technologies. Antiquated, though far from naive, since the 1960s and 70s the pinhole technique was revived by photographers who were consciously interested in pursuing ‘alternative’ methodologies and processes.

The pinhole camera has no shutter. It makes no sound. Its mechanism; the action of light ‘seeping in’ has the quality of absorbing not grabbing. Most of the exposures were made by the photographer working on his own, sliding back the cover on his simple apparatus, the box camera made by a friend. Then would begin the counting in his head, sometimes to sixty, sometimes on and on into thousands of seconds, half an hour.

Tom Hunter’s photographs remind us of the cultural and spiritual diversity to be found within our own local environs, in this case specifically within Hackney. They are another layer of a rich portrait that he is progressively building and extending with each new body of work undertaken in the area over two decades. It was important to Tom Hunter to continue working in Hackney and furthermore to find and interpret spaces removed from the increasingly pervasive commercialization and sanitization of his community neighborhood through ubiquitous property development driven on by economic greed. The series links to the disturbing empty spaces we see in his ‘Empty Tower Block’ pictures though almost in opposition. These are a grim indictment of social housing policies and it is failure and suffering that are apparent in the tower block rooms not the potential refuge and solace offered in the ‘Places of Prayer’. That these are much valued and frequently used gathering places for local communities is also pertinent to consider at a time of global crisis and conflict associated with extreme religious belief.

Tom Hunter’s ‘Prayer Places’ raise questions such as is there a quality of mysticism or spirituality shared by all of these spaces despite the difference of religious belief that is inherent to their use? We can easily note the differences in layout and decoration between each. A restraint and functionality in one, the ornate details of another, the intimacy of a small chapel, a larger more imposing architecture of a synagogue or mosque. Each is a place of worship, but is it possible for the camera to capture a shared or embedded atmosphere beyond particular symbols such as a crucifix, an alter or a mihrab? Is it possible to photograph faith?

They also make me think about what a church is. How do they exist outside ritual, once a congregation, the community that defines and activates them, have left? Or perhaps they are not empty after all. Tom Hunter’s pictures are physically without worshipers, but could there be something of the residue of prayer picked up as tangibly as light seeping into his camera? There is a softness to the images, particularly around the rounded edges of each frame which comes from the pinhole technique but which also gives the images the assumed quality of a religious or ecstatic vision. This again relates Tom Hunter’s ongoing interest in Renaissance art where for instance, a painting by Caravaggio would hang in a church and itself becomes an object of devotion and inspiration. The circular inclination of these images is inviting, and it seems to me in standing before his images Tom Hunter wishes us to forget our worldly troubles and concerns and enter each place of worship with him. His photographs encourage contemplation though one is not in the physical space itself.

I do not know if Tom Hunter is religious but as he describes the process of making these photographs to me I cannot help but think of each exposure as akin to his own prayer – a mantra, a rosary, a wish. I also cannot help but think of why and when we most often need prayer. Moments of fear and doubt; moments when we need something to hold onto. Ambiguity of faith is an interesting proposition in relation to the function and operation of photography. Religious belief is not predicated on rational or physical proof, the notion of true faith requires no evidence. Yet Tom Hunter’s prayers manifest an image and so to me, if I consider them in this light, they have the nature of a hope, a wanting, that to be able to see is to believe. Tom Hunter’s is a human faith not a metaphysical ideal.

—Magdalene Keaney is Curator of the Fashion Space Gallery at London College of Fashion.