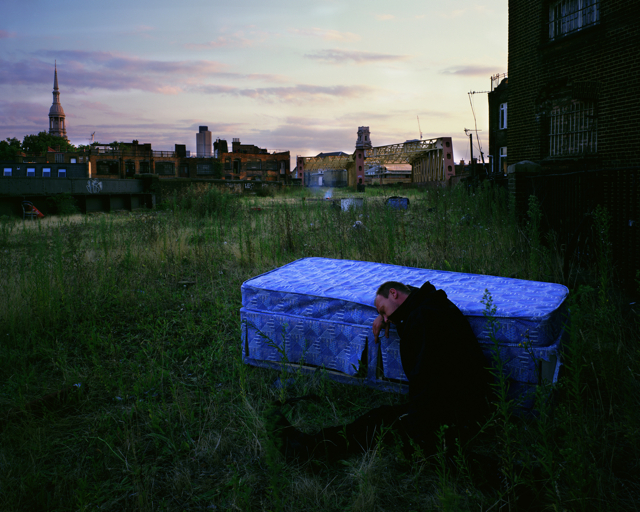 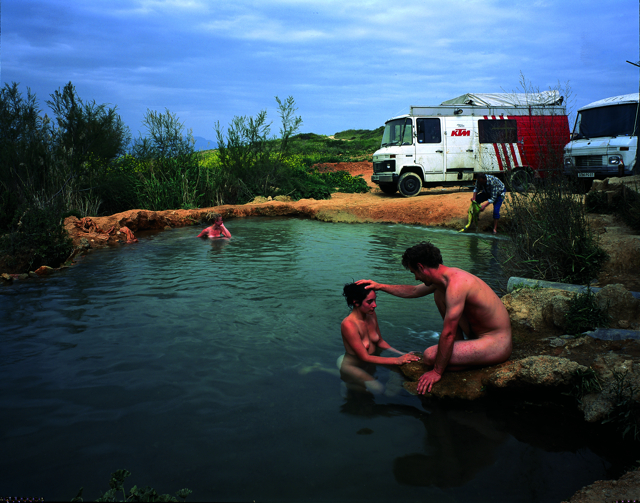 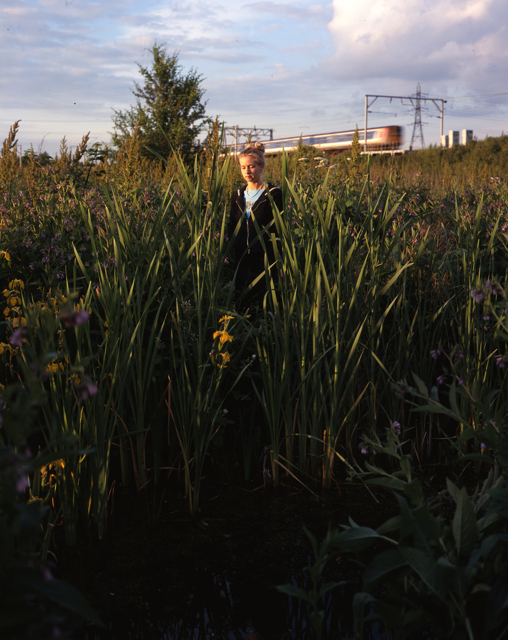 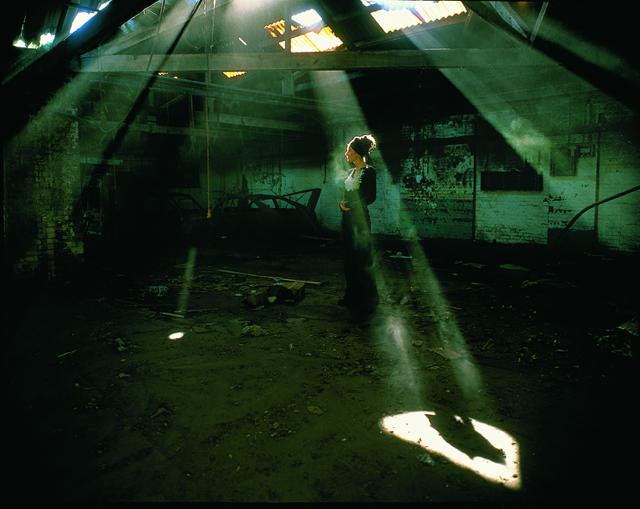 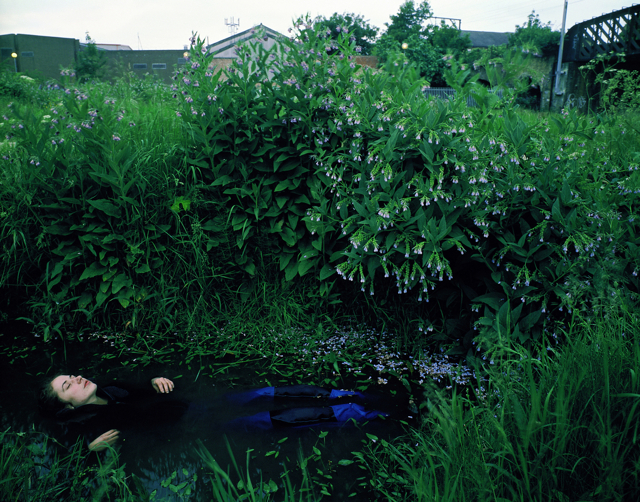 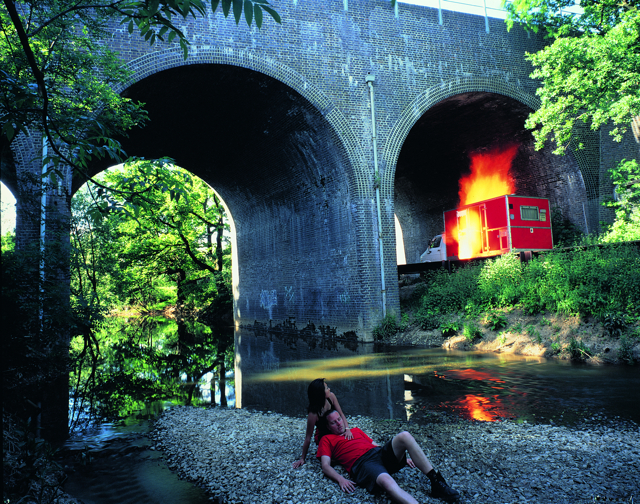 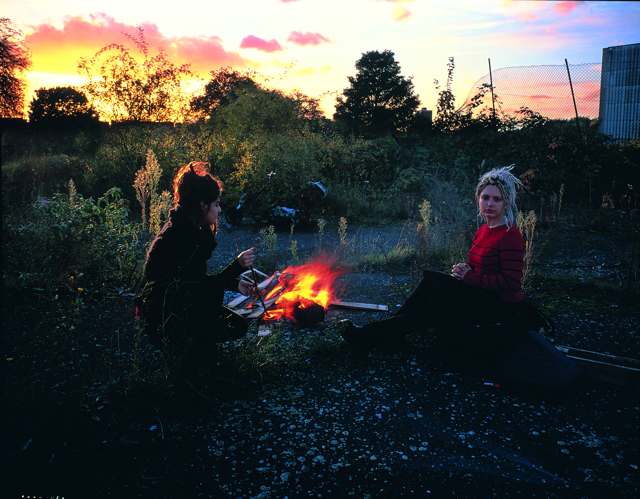 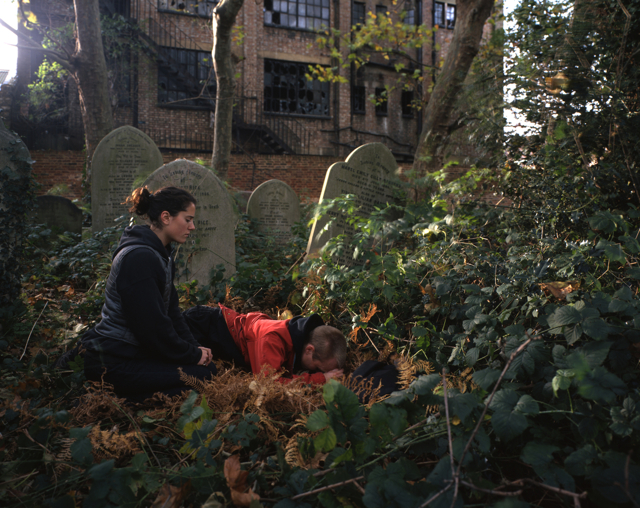 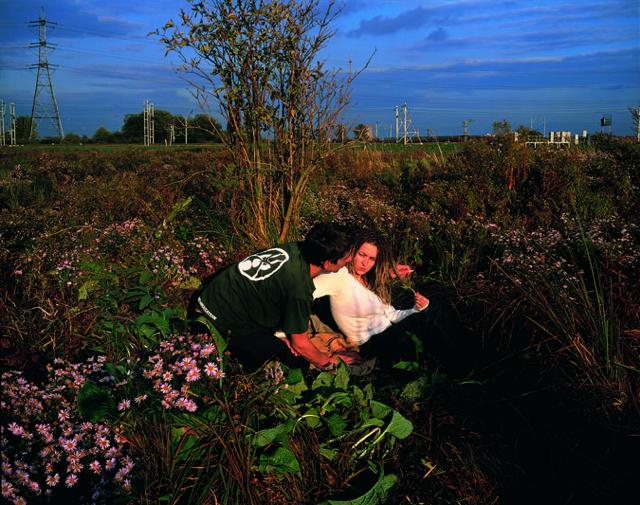 ‘Life and Death in Hackney’ paints a landscape, creating a melancholic beauty out of the post-industrial decay where the wild buddleia and sub-cultural inhabitants took root and bloomed. This maligned and somewhat abandoned area became the epicentre of the new warehouse rave scene of the early 90’s. During this time the old print factories, warehouses and workshops became the playground of a disenchanted generation, taking the DIY culture from the free festival scene and adapting it to the urban wastelands. This Venice of the East End, with its canals, rivers and waterways, made a labyrinth of pleasure gardens and pavilions in which thousands of explorers travelled through a heady mixture of music and drug induced trances.

All the images draw upon these influences combining the beauty and the degradation with everyday tales of abandonment and loss to music and hedonism. The reworking of John Millais’s ‘Ophelia’ shows a young girl whose journey home from one such rave was curtailed by falling into the canal and losing herself to the dark slippery, industrial motorway of a bygone era.

By taking on some of the attributes associated with the Pre-Raphaelite artists, such as social engagement, which has been largely erased from the cultural understanding of this group, and the obvious intertwining of beauty and nature Hunter has reinvestigated his much maligned inner city landscape and society to create an unusual chronicle of contemporary, urban Britain.